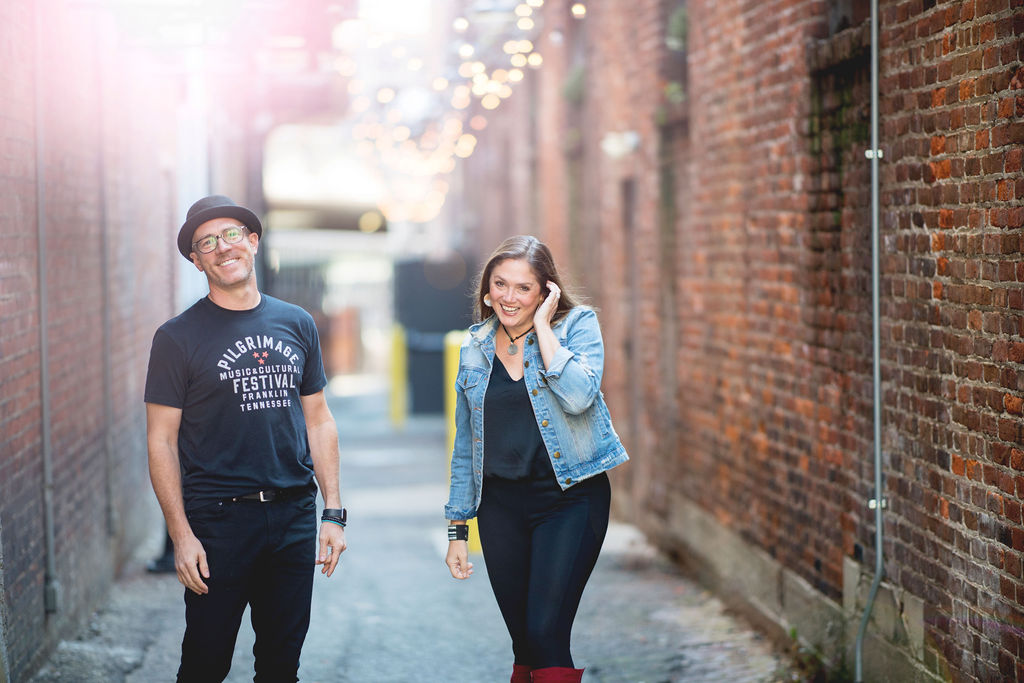 Floyd started singing at the early age of 5 and ever since then, this Eastern Kentucky native crooner was steeped heavily in R&B, Motown, 50’s Rock & Roll, Country, Pop and Grunge. His influences range from Elvis and Sam Cooke to Matchbox Twenty and Nirvana. Floyd enjoys experimenting with his wide vocal range and getting to the heart of every song he sings! Floyd has been singing now for more than 15 years based in Cincinnati and looks forward to every show!

Playing piano since the age of 3, Kelli has been on the stage her entire life. Raised on gospel music, classical music and The Beach Boys, Kelli has vastly l expanded her musical palate and is heavily influenced by the 90s alternative scene.

Together, Floyd and Kelli have found a unique niche as a duo. They can be found playing in Ohio, Kentucky, Illinois and Indiana and are thoroughly looking forward to their debut at Urban Vines!