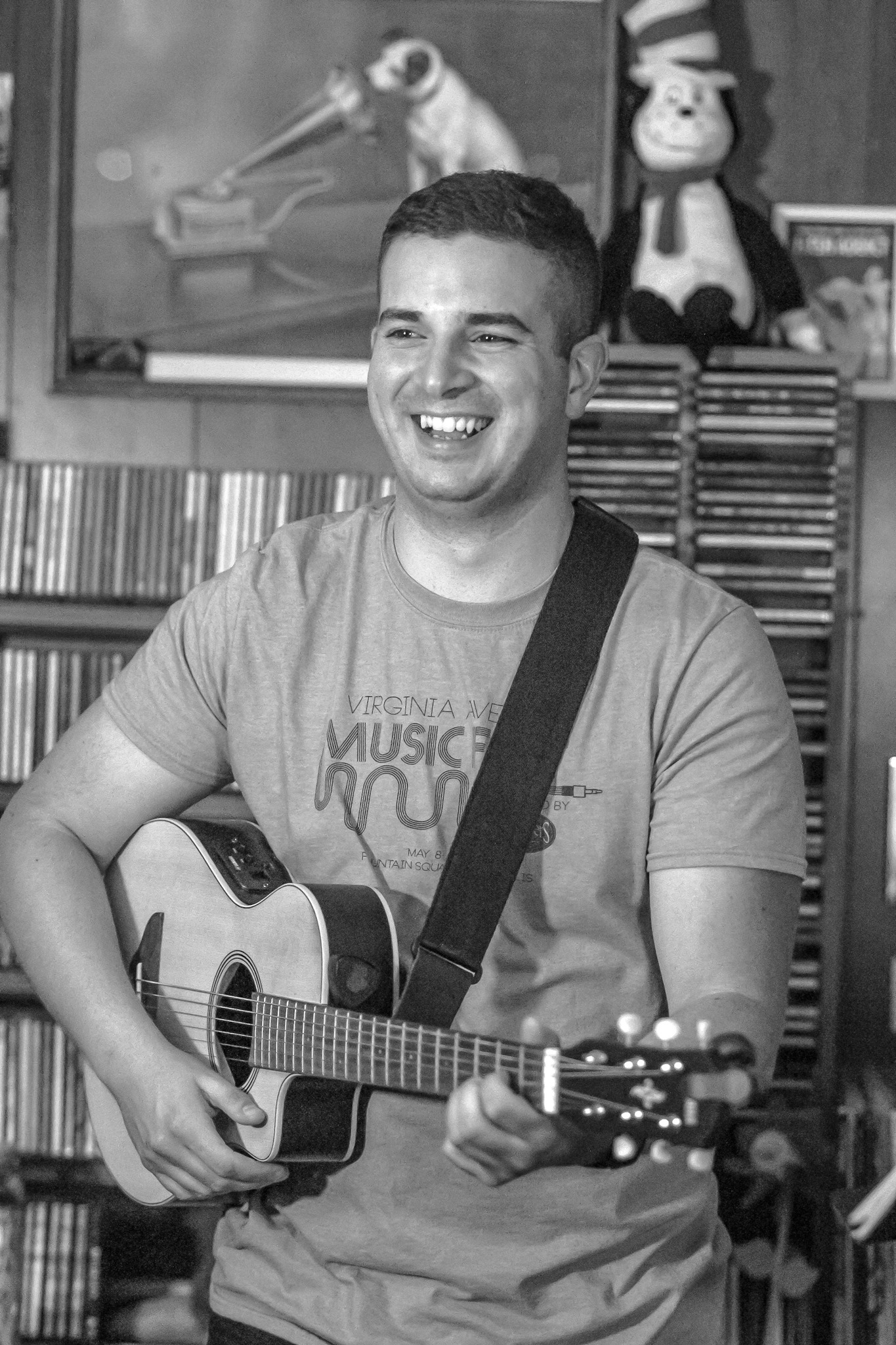 Tom Westrick is an Indiana-born musician, and he’s been playing and singing in the Indianapolis area since 2017. Tom released his debut EP, Just Be Me, in November 2019 after discovering a love for songwriting and the Indianapolis music scene.
Tom began playing guitar in high school, and he’s been singing along to the radio for as long as he can remember. While the songs of Just Be Me were all written in his time in Indianapolis, Tom has been writing poems and songs since his teenage years. The songs of Just Be Me serve as an examination of his past, the struggles of the present, and showcase the desire for a better future.
Five years living in Texas gave Tom a deep appreciation for Americana and Country music. He blends these genres with American Folk, and a raw, acoustic style to produce his signature sound.
Tom has performed at a variety of stages around Indianapolis, as well as in San Antonio, TX.
+ Google Calendar+ iCal Export